Looking for a query about how to adapt recliner for right arm surgery? Well, you are in the right spot because here, we not only describe adapting power recliners, but also you will know how to adapt manual recliners for the right arm.

As mentioned several times, the recliner is one of the most comfortable pieces of furniture, and people use it very often. One problem that usually happens in traditional and power recliners is their control.

The control of the recliner is basically on the right side of the armrest, and if someone, unfortunately, hurts his right arm or gets right arm surgery, then they will be unable to use those controls.

To fix the control problem, you need to shift the control from the right side to the left side and adapt it in a fashion that you can use on the left hand.

The process of making this adaptation is given below, so let’s get to that.

How To Adapt Recliner for Right Arm Surgery?

Recliners are basically used for relaxation after a hard day of work. But due to its diversity and different types, it can be used for many purposes like a medical, nursery, etc.

There is a proper way to adapt a recliner for right arm surgery, which is given below so you can follow along.

Basically, there are two main types of recliners: power recliners and manual recliners, and we describe the process of adapting them for right arm surgery one by one.

How Useful is a Recliner to Sleep in After Shoulder Surgery? Check it out:

How to Adapt a Power Recliner For Right Arm Surgery?

Step one is essential, and people follow it whenever they open an electric machine. First of all, remove the power connection, batteries, and other electrical connections before opening it.

Now gently open the button section and disconnect the button from the armrest. You need to be careful not to either damage the switch or remove the marks on the button.

Now place those buttons carefully somewhere safe and not lose or misplace them. Remember the function of each button, but if you can’t keep track of it, write it down so you won’t forget it.

Using different color wires will be better to differentiate which wire goes to which one. Soldering seems an easy job to do but be careful not to short two wires mistakenly.

Now take some extra wire and connect them to the remove buttons. Directly affix the button of that Veroboard after making a connection on the wires.

After that, take two-wire and connect from Veroboard to the battery of the recliner to have extra power to the board and subsequently to buttons.

Do not forget to take the connection from the battery if needed. Also, hide the wire with double tape behind the Veroboard. After finishing with the cables, the cover connected the wire with tape in order to avoid short circuits.

It’s time to attach to Veroboard, and you can also make it compact if it’s not compact already. Now you have the option to use the breadboard in place of Veroboard.

Now place and fix the Veroboard with tape to the left side of the recliner at the proper position and height for the user.

Now check the buttons and power connection; if it doesn’t work, then check the wiring and repeat the process. After your arm gets back to normal, you can switch back the controls to your right side.

How To Adapt Manual Recliner For Right Arm Surgery?

Adapting your manual right arm recliner to the left side is likely impossible, so you need someone to help you out.

First, you need measurement of the Lever (which is located at the side of the recliner to recline the recliner), its height, and position for the armrest, and get PVC pipes of the same length.

Cutting the pipes the same size as the length of the Lever. Now attach the PVC pipe to the Lever with some duct tape so it can be removed easily whenever you don’t need it.

In this second step, you need a drill to drill some PVC and attach it properly. Drill some PVC pipes using a drill and affix them with proper size screws and nuts.

Now take another PVC and attach it to the top of the PVC so it can be used as a handle. Secure and make the attachment on these pipes with screws and nuts. You can also check all types of recliner handles.

After completing the second step, you should know to rotate and check the handle from the left side with your left hand. Check the different movements, make various settings, memorize the different rotations, and do other things.

Now it’s time to take care of the aesthetic of those PVC pipes. You can either get the same color cloth and cover the pipes with it or just take some similar colors and paint the PVC pipes with that color.

The last step is about taking care of the recliner new arrangement. Sometimes people use it so harshly that it gets damaged, and you have to do all the hard work over again.

Usually, a recliner has all its settings and buttons on its right side, and people with right arms hurt or who went through surgery can operate the recliner properly. So for you, most people know how to adapt a recliner for right arm surgery?

If you have any questions about the article, then let me know. Till then, goodbye. 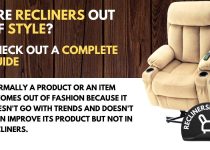 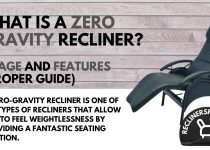 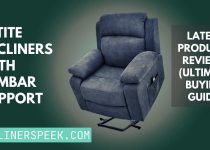