Every type of power recliner out there in the market provides a great range of comfortable features. All of that recliner has a powerful motor that can offer you smooth and durable operation. If you want to have these features, then you need to know about power recliners motors and how long do power recliner motors last?

There are some factors that can determine the reliability of power recliner motors that are influenced by the brand quality. However, a massive part of your recliner lasts is up to you and your actions.

The life of a power recliner motor depends on your use, and if you are using it nicely, then it will last longer than expected.

There are types of recliners in which the power recliner is smoother than a regular recliner, and that is because of its motor. We also have a detailed article about a heavy-duty power recliner that is very soft and comfortable.

The lift spawn of power recliner motors is dependent upon the two things. 1st the brand of the recliner. Some of the power recliners brands have motors and very long-life spawns up to 10 years.

Some other types of power recliners can work for four years, and after that, you have to replace them.

The 2nd factor in this matter is the usage. If you use your power recliner the why it means to be used, then it can last for years, but if you use it roughly, then it didn’t go according to the why it was and does not last up to 2 to 4 years.

How Do You Replace a Power Recliner Motor?

According to the above article, a motor can last different times but doesn’t lose hope because it can be replaced with a new motor. A recliner motor can lose efficiency with time and frequent use, and it wears out and fails even sooner.

A situation like this wants and demands a simple replacement of the motor instead of buying a new and unnecessary recliner. It has a really long process, and not everyone is familiar with it.

Check Out How to Fix Your Squeaky Recliner?

Fix Your Recliner That Leans On One Side In Few Steps.

There is a complete procedure for installing a new motor in your power recliner. Whenever you have a powerful motor, then it’s time to install it properly and step by step.

1. Step one is simple, and you just have to unplug the power recliner for the electricity socket.

2. After that, you have to position your recliner to its side so that you can see its underside, which is the house of the motor.

3. Then, you need to find and locate the motor, and it should be on the backside and a little bit toward the upper end of the bracket.

4. Now, you have to find the main power cord.

It connects the power motor to the primary power source and unplugs it.

5. After unplugging the power motor now, you should find the DIN Connector, and it should be on the side of the motor side. Also, unplug it.

6. Once you cut the motor’s power, it’s time to detach the electric unit from the recliner chair’s frame. It is straightforward, and it can be done by just removing the rue ring on the clevis pin, which is used to hold the motors to the top end bearing.

There usually are two rue rings, and the clevis pin knows you have to remove the second the rue ring and clevis pin which holds the rest of the bracket.

7. With no pins to hold the bracket to that frame, it can come off quickly together with motors. Now it can easily fit the other motor easily.

8. Now you have to get the new motor and replace it in the old place. Now place the bracket to the underside of the recliner by using a clevis pin to secure the bottom end of the mounting bracket to the frame. Now clamp the rue ring to prevent slippage.

9. When mounting the new motors, then you need to pay attention to the way of threading the wires because they’re now why you should tangle wires with bearing because it can cause you problems in the future.

10. Now, you can secure the motor by bracket by inserting the clevis pin and top it with a match rue ring.

12. Now reconnect the main power cord to the new power motor. You can also check here one of my articles, which would help to hide your power recliner cords.

13. After fitting all of the things, it’s time to plug the recliner into the socket.

14. Now, place the recliner upright and test the new motor. When it is working, then well done. If you followed the steps correctly, but it did not work correctly, you should miss something. Just follow the step again until it’s working again.

Usually, power recliners can last much longer than regular manual recliners, and both recliners consist of different experiences and features.

Still, however, a power recliner can provide you with a smoother operation because of its motor, but you need to know how long do power recliner motors last?

Then they’re a complete and step-by-step list of replacing the old motor with a new one, and you need to follow that.

In the end, I just want to say that our future is the future of this planet so please keep this planet Earth clean and safe. 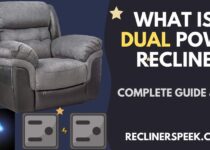 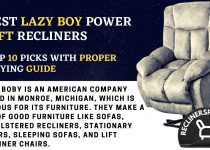 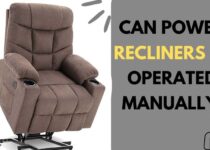